OnePlus had teased the "Instant Translation" feature during the 7T-series launch event, but didn't provide any timeframe for its release. It's finally here, on the latest Open Betas for the 7-series (OB11) and the 7T-series devices (OB2). This might eventually come to the stable track, as well as to other devices.

In their forums post, they also announced that they're looking for volunteers who can help test this feature. If you aren't on the Open Beta track yet, open the app's settings, switch update method to Open Beta (full update), and turn advanced mode on. You can now download and install the latest OB. After a successful installation, you can turn advanced mode off, and switch the update method to Open Beta (incremental), unless your bootloader is unlocked - then you'll have to remain on the OB (full update) track.

Note: This feature is only available on the latest Open Betas for the OnePlus 7/7 Pro/7T/7T Pro.

The sign-up process involves filling out a survey, which you can find here (the link is also mentioned in the original forum post). Once selected, you'll be added to a Slack group, where you can communicate with others, and offer suggestions/feedback. The team may arrange a video call with you as well, to explain the feature.

What is Instant Translation, and how to use it?

During a video call, subtitles are overlayed on your screen in real-time for both parties. This is especially useful if you're communicating with someone who doesn't speak your language. Even though only 5 languages are supported (English, French, German, Hindi and Chinese) as of now, this is a great feature that will help make the language barrier redundant. 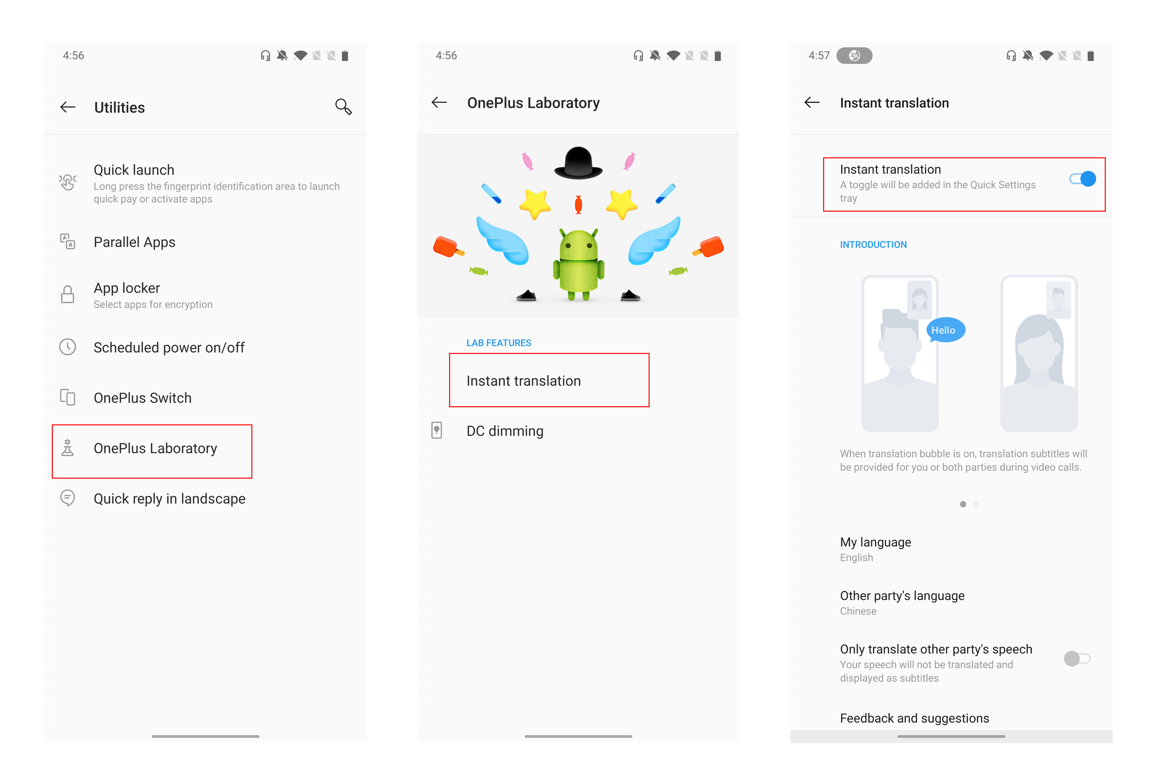 OnePlus released a video on YouTube, showing this feature in action: