The latest rumours state that OnePlus will be introducing an upgraded version of the OnePlus 5 very soon.

Dubbed "OnePlus 5T", this device is expected to feature an 18:9 ultra-wide screen with minimal bezels, which could look like the screens of the Galaxy S8 and the LG G6.

This rumor is coming from smartphone leaker @EvLeaks, who posted on Twitter that he received "a second, reliable confirmation claiming a post 20/11 release".

By this, he means that OnePlus will probably be launching the new device at the end of November, 2017. If that is true, that means it will be available in less than a month.

@EvLeaks is not the only one suggesting that the launch of a new OnePlus smartphone is imminent. According to a leaked photo of Amazon, the launch is expected to take place on November, 16th. 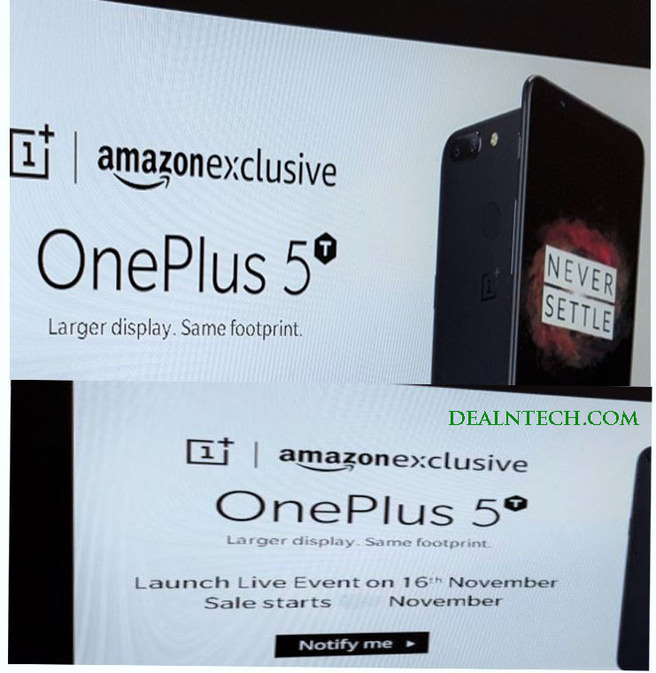 Will you be getting the OnePlus 5T? Feel free to talk about it on the all-new Discord group!