Finally, OnePlus has announced that they'll partner up with the security platform HackerOne. With this platform, they also opened a bug bounty program, which means you may get paid for finding vulnerabilities in their system.

This move of OnePlus was expected to happen by the community and other organisations, as OnePlus tends to struggle sometimes in the security-field. With this new program that has just been introduced by OnePlus, we may hopefully see that OnePlus' security platform will be improved.

Who is this meant for?

OnePlus is looking for security researchers of all backgrounds and levels to join OnePlus in their program, in order to find vulnerabilities in the OnePlus ecosystem. For example, if you found a way to misuse a vulnerability and it's eligible for their program, you may get paid up to 7000 dollars (in special cases). For more details, check below.

So, the question is: when are you eligible to get a reward? You don't want to spend time on finding a vulnerability, submit your vulnerability and then hear from OnePlus that vulnerability X is not included in their program. Fortunately, OnePlus has stated what they allow and what they don't.

Exclusions (which means the following things don't count as a vulnerability): 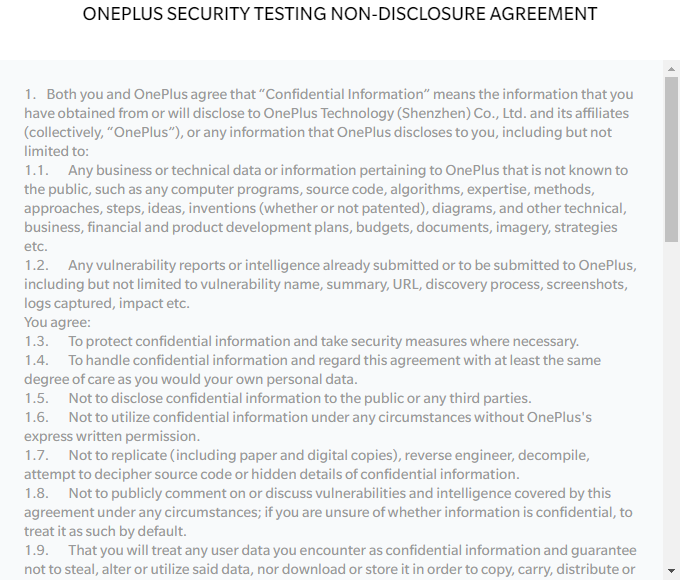 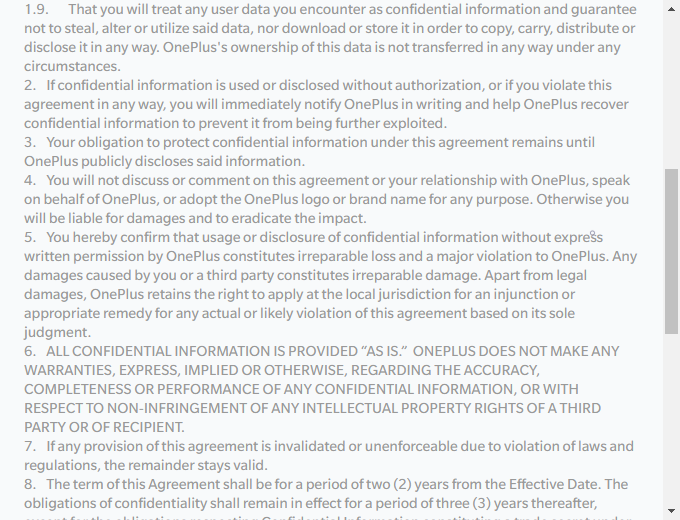 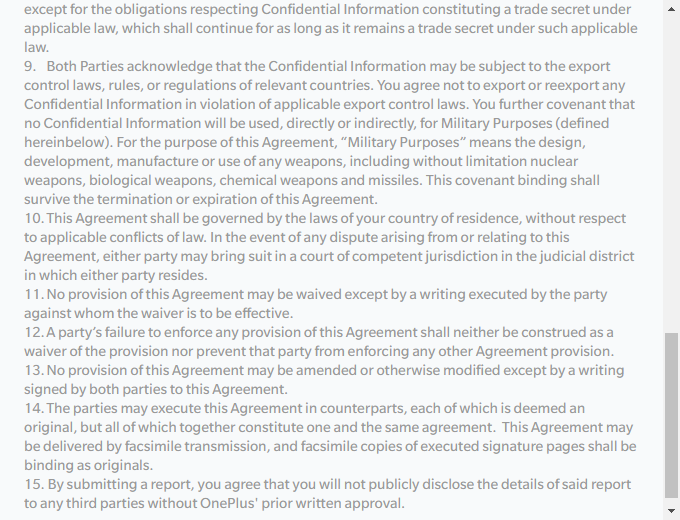 OnePlus will pay you based on how severe a vulnerability is. For example, a vulnerability which is very easy to misuse and doesn't require a lot of skills will have a higher reward than a vulnerability that is very hard to execute, and which probably involves multiple vulnerabilities to misuse. From high to low:

OnePlus will decide whether it is a low, medium, high, critical, special case or not, probably based on how easy the the vulnerability can be used.

Testing environment vulnerabilities are counted as 0.1 times with OnePlus their OnePlus-owned component counterpart and OnePlus does not accept reports that have been uploaded elsewhere.

Privacy-related note: A bank account number is required for transfer of funds/rewards.

So... how to submit the vulnerability I found?

Earlier, before OnePlus introduced this program, you could send an email to [email protected] to report/submit vulnerabilities. Now, you can simply go to https://security.oneplus.com/add.html, login with your account and fill in the details. 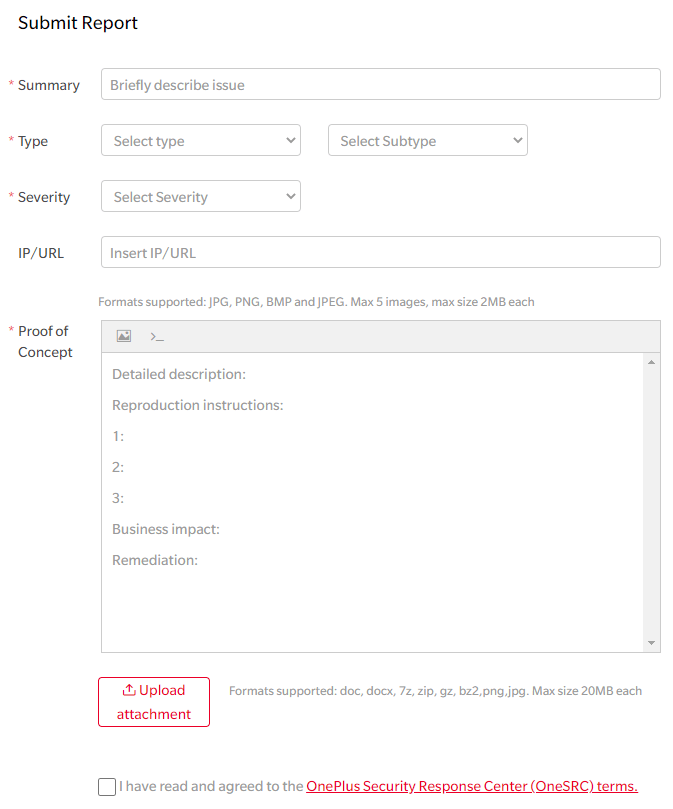 You can find more information down below:

A public version of the program is slated to go live later in 2020.