The OnePlus N300 comes with a MediaTek Dimensity 810 SoC, 4GB of RAM and 64GB of storage. It has a large battery of 5000mAh, as we are used to with budget smartphones. The battery can be charged with 33W, which is, in comparison, faster than the 7 Pro for example. The display is a 1080p 6.56" LCD one, running at 90Hz. OnePlus has put two cameras on the back: a 48MP primary one, and a (in our opinion useless) 2MP depth sensor. We'd have liked to see a telephoto or ultra-wide, because in practice a 2MP depth sensor doesn't have any good use. The front camera is a 16MP one. It also comes with OxygenOS 12 out-of-the-box, which is disappointing, considering Android 13 has been out for a few months now. There's no alert-slider on the side of the phone, which we can see on the following images.

The Ace Pro Genshin Impact Limited Edition is the Pro-model of the already existing Ace (which is called the 10R in India). This variant exists besides the regular Ace Pro. It comes with a custom-made theme on OxygenOS as well as on the back panel of the phone. Other than the themes and looks of the phone, there's nothing different. It also comes with an extensive retail box and case, as you can see on the second image below. 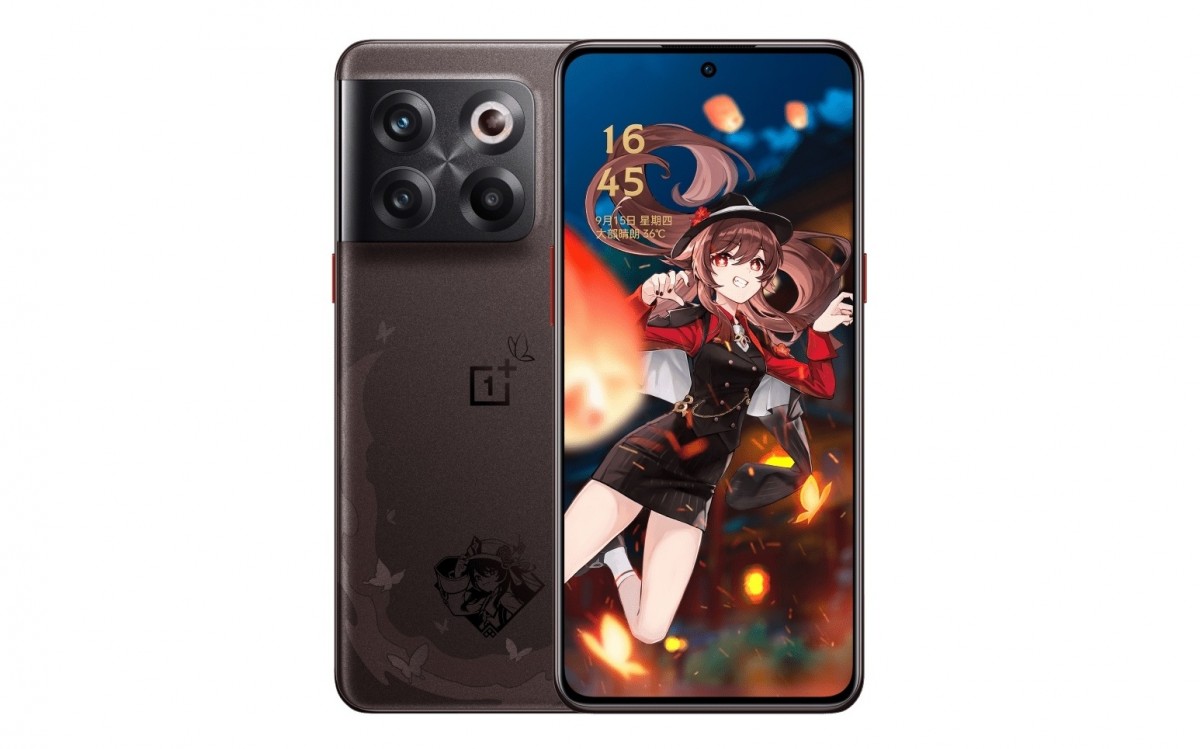